Sandwiched between Honeymoon Cove and Christmas Tree Cove in Lunada Bay is a small circular street off Paseo del Mar named Via Segovia. There are only 14 homes with a Via Segovia address, but I like to count 16 homes as two additional residences have more lot frontage on Via Segovia than their Paseo del Mar P.O. suggests.

If you are a South Bay local but unfamiliar with the street, you can compare it to Rocky Point Road just a few miles north. 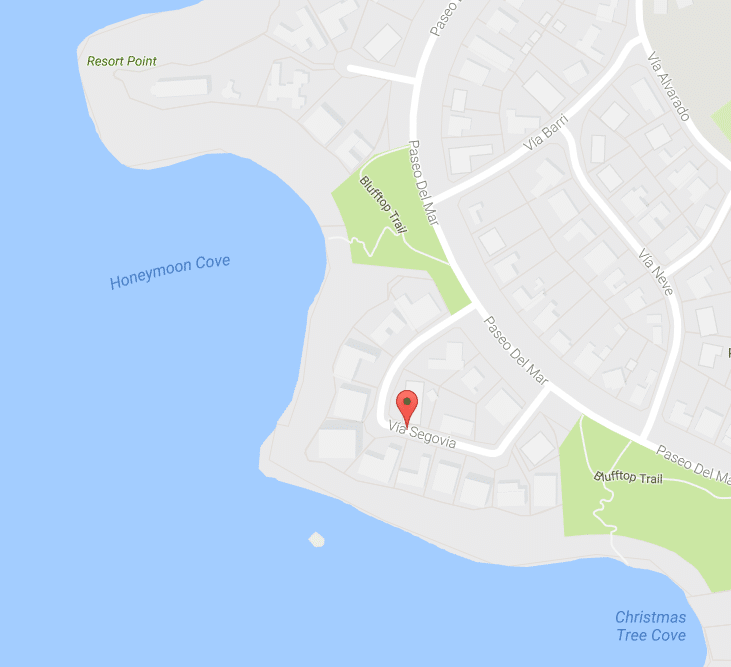 Homes on the interior of Via Segovia offer nicely sized lots, and in most cases swimming pools and tennis courts. Advantages to these interior lots include a reprise from the “busy” (by PVE standards) Paseo del Mar as well as a chance to live on an exclusive bluff street without the high price.

The homes on the exterior portion of the street sit atop the prestigious and absolutely stunning bluffs of Palos Verdes. Properties coming to market on the bluffs of Paseo del Mar, Rocky Point, and Via Segovia are few and far between…and coming to market fairly priced is rare!

What caught our eye here at Manhattan Pacific Realty, was the amount of activity on this small street of Via Segovia in the last six months alone. In the past 180 days, there have been four properties offered on the MLS. This represents 25% of the street’s total inventory! Imagine every fourth house on Paseo del Mar having a for sale sign outside. It just doesn’t happen. What is even more staggering about these prestigious listings, is that three out of the four are in escrow.

Starting with 2845 Via Segovia, this was a home on the outer-laying portion of the street but sat on the wrong side of a flag lot having no view of the bluff whatsoever. They came out asking $4.399 million and after many months on market decreased the price to $3.999 million (due to added competition). They ended up canceling recently after 246 days on market. 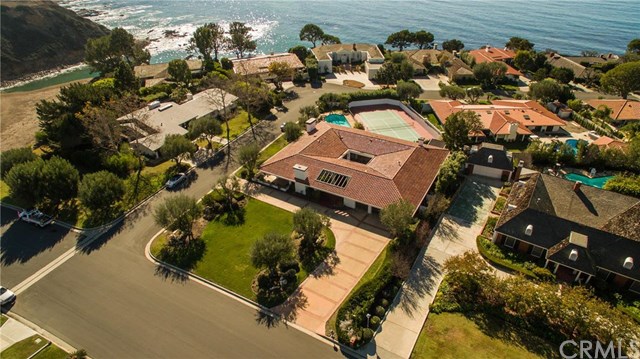 The competition, another non-view property, and major fixer at 2825 Paseo del Mar (basically on Segovia) came out asking $4.499 million.  Eventually, this Paseo del Mar home was forced to cut to $3.899 million to adapt to competition across the street as well as coping with two new listings on the “good” side of the street. To make a long story short, it is now in escrow.

Lastly, see the two fantastic bluff top residences at 2805 Via Segovia and 2801 Via Segovia coming out at $5.5 million and $6.25 million respectively. They are neighbors if you can believe it, so it would be quite easy to compare views and homes on a weekend of open houses. The $6.25 million eventually lowered to $5.999 million to be in the ballpark of their neighbor. Surprisingly enough, both properties went to escrow within two weeks of one another.

We are shocked that 25% of Segovia inventory has been for sale in the last 180 days. We are even more shocked that three of the four listings are currently in escrow. And on top of all that, two bluff top next door neighbors are pending within two weeks of each other.

Manhattan Pacific Realty will have the popcorn ready to see the official closing prices of these listings. The current escrows will help drive prices on Via Segovia for years to come, along with affecting other comparable properties on Rocky Point and Paseo del Mar.

Email a copy of 'Lunada Bay: Loads of Activity on Small Segovia' to a friend