I have been getting a lot of calls and texts from friends and clients about the new tax reform and how it will affect our real estate market here in the South Bay. So, I am going to blog about the topic and hopefully answer some questions.

First and foremost, this tax reform is a PROPOSAL known as the “Tax Cuts and Jobs Act.” The proposal has barely been marked-up, the Senate is writing up its own plan, the Democrats will make amendments, and just recently there has been talk of including the repeal of the Affordable Care Act’s individual mandate in the tax bill. The proposal then has to be debated, voted on, passed, and signed by the President.

There are a few big items in the proposal that would likely have a direct impact on real estate: 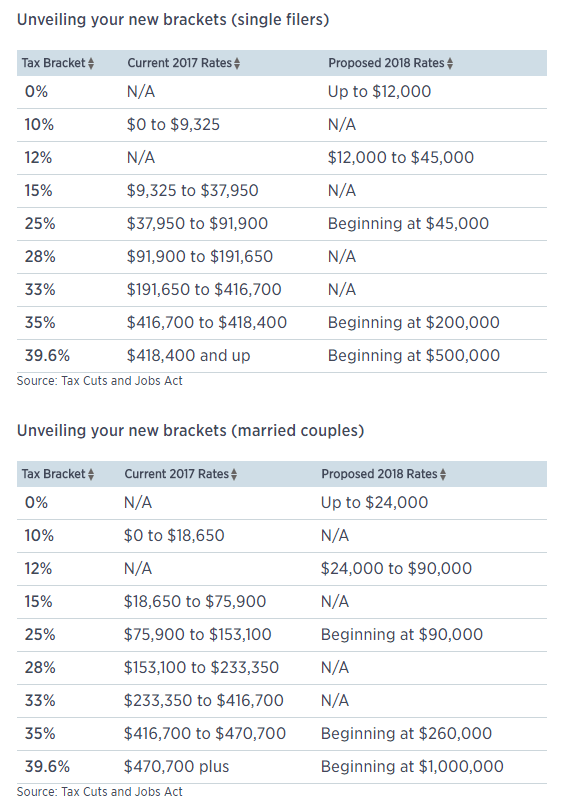 The best way to break this down is to see how it would impact the typical real estate transaction in the South Bay. Financial experts suggest that buyers put down around 20% or more to avoid mortgage insurance expenses and to keep your housing expense ratios to 33% of your gross income. In the current lending environment, qualified mortgage programs will allow for housing expenses of up to 43%.

The simple economics of the median home sale in the South Bay, smart financial planning in buying a home, and what current lending standards will allow is, in my opinion, the best way to see how it will affect the typical home buyer…and as a result, reflect the South Bay home market as a whole.

For our case study below, let’s assume the $230,000/yr income and the median home price of $1,290,000. Since research has proven that home buying typically occurs when people get married and form new households, I will also assume the buyer is a married couple filing jointly and itemizing!

Cutting the Mortgage Interest Deduction in Half

So a new home buyer would be losing $20,000 in deductible mortgage interest or paying an additional $5,000 in taxes under the new reform.

Looking more closely on the updated tax bracket chart, you can see that a $230,000 jointly filing married couple would have their taxes calculated differently with the “simplification” of brackets. After the mortgage interest deduction and property tax deduction, taxable income would be reduced to $200,000. Under our current tax code, they would pay $42,885.50 in income tax. Under the new proposed reforms, they would pay only $35,420. That would be tax savings of close to $7,500.

Lastly, if Congress were to pass the proposal in its current form then it would eliminate the Alternative Minimum Tax (AMT). I don’t pretend that I can calculate the AMT, so I spoke to my CPA, Rich Weber at Sousa & Weber LLP. He mentioned that although there are small items in the proposal that could negatively affect tax payers in this bracket (i.e. elimination of state income tax deductions, removing the $4,050 exemption for each qualifying dependent, or trashing deductions for student loan debt) the elimination of the AMT would be a net benefit most likely. Normally the AMT begins to impact married couples filing jointly at $169,900, so our case study home buyer would benefit from the elimination of the AMT and likely offset any other tax incentives lost. It might even be an additional positive for them financially

If you add everything up, the median home buyer purchasing a house they can afford will see a tax savings of around $1,000/yr. To me, that result will have a net effect of ZERO on our local housing market. So there is nothing to worry about except that the extra $1,000/yr will help to pay that car lease or student loan debt.

In conclusion, this blog post is likely already obsolete with all the moving parts of this proposed reform. I am reading breaking news that lawmakers might phase in or delay the implementation of some of the tax incentives, and the Senate proposal wants to keep the current mortgage deduction in place (a $5,000 benefit to median South Bay home buyers if kept). It took Ronald Regan’s administration, the last time there was major tax reform, a good two years of diplomatic negotiations to get a bill passed. In today’s divided political environment, you have to think it could take a couple of years to get tax reform done as well.

The Tax Cut and Jobs Act in its initial proposed state will have a non-effect on our housing market and it will be business as usual in South Bay real estate.

*Please note that I am not a certified personal accountant or financial advisor. All readers should seek professional advice for their specific situation.